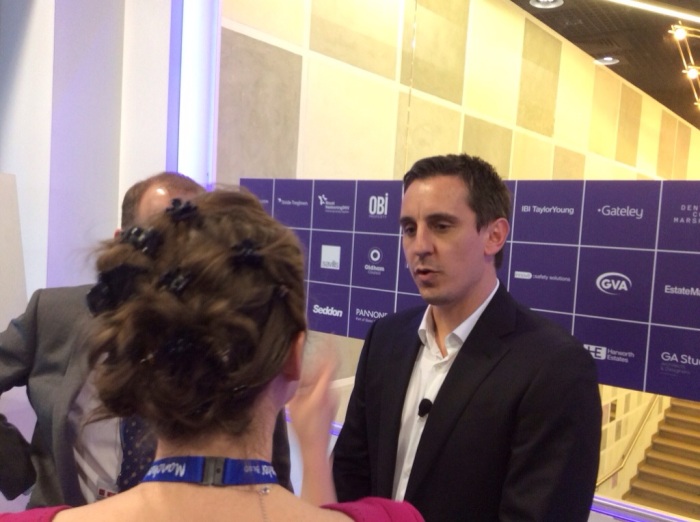 Gary Neville’s appearance at the afternoon event at the Manchester Stand had been eagerly awaited, and not only by the red element of the Manchester at MIPIM delegation.

Mike Emmerich interviewed Gary and it was evident that the ambition and drive we saw in him as a footballer has not left Gary since his retirement from the game.

Bought first house when he was 19 and his first development which he managed mostly was a barn. After moving into No 1 Deansgate he project managed and built his own house.

Perhaps surprisingly, Gary confessed to enjoying a more 9 to 5 routine in an office environment and spoke warmly about involving people in the business and the value of good communication.

As Mike Emmerich said in closing, on this evidence, Gary ay well become as famous round manchester for his business acumen and success as he was for his footballing prowess…..

Partner leading the Built Environment Projects Team from the Manchester office of Primas Law covering Manchester, Cheshire and London, specialising in front end project work, all things procurement and in particular public procurement in the EU.